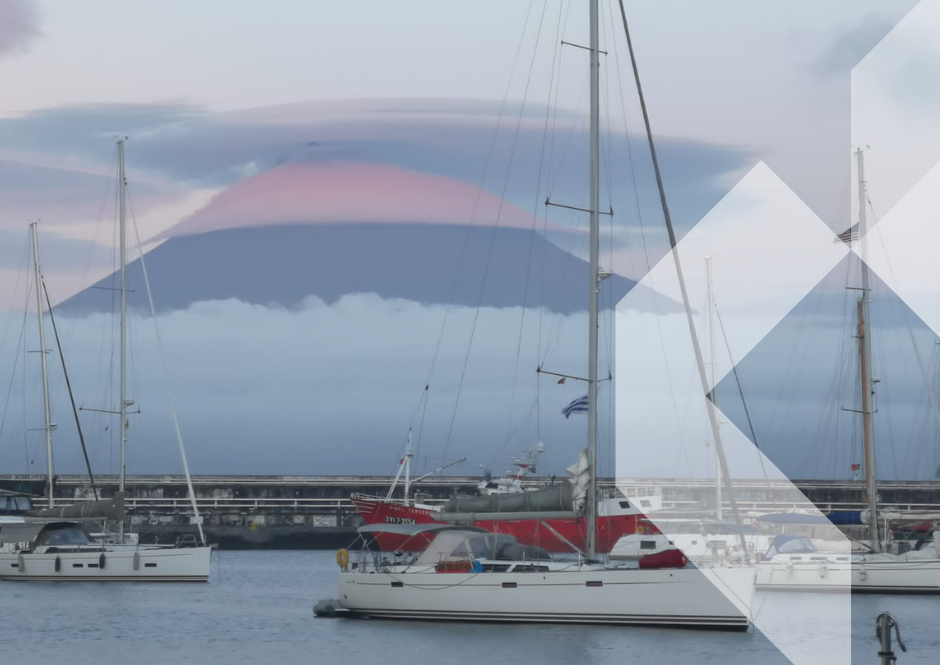 Our team of eight women crossed the Atlantic from west to east between May and June. We participated in the ARC Europe 2022 (World Cruising Club) competition and finished in the top 10. We received a special award for manually piloting the boat day and night throughout the race (without using autopilot). It was not exactly a short trip of just over three and a half thousand miles. Nor was the weather the easiest to get to after the gentle weather at the beginning, especially on that northern Atlantic route, which is notoriously whimsical and demanding. However, the journey itself and the lessons and insights about yourself and our team’s cooperation were more important than the ranking in the competition.

In general, for demanding challenges, the team tends to visit a psychologist and discuss the future – strengths, challenges, and how to resolve conflicts that arise in the team together. We signed it off in a few remote meetings in the discussions led by the skipper.  We went to a team member’s summer cottage one weekend to be sure.  There we discussed the trip and our operating styles for sauna and shared cooking. After all, it was important for us to meet at least once face-to-face before going on the trip, even though we had been sailing with some team members in previous summers for a few days.

Based on the self-assessment carried out during the trip to the cottage (compared to our previous feedback on DISC analyses and the like that we had received at our workplaces), we found that we are probably relatively goal-oriented and that we all seem to have the ability or desire to lead if necessary. We wondered how we would now get across the Atlantic if everyone wants to lead. Can we be led, as an experienced skipper had already been appointed to the boat?  The skipper leads and makes the final decisions on the boat. I dare say that we worked independently on this throughout the spring before leaving. What does it mean to be led – can I be flexible; what kind of challenges do I face when it comes to the boat, weather, and team? What do I do in a pressure situation? How can I handle fatigue?

The departure date came on May 1. We flew from Helsinki to Paris and on to Caribbean Sint Maarten. The boat’s co-pilot was already waiting on site. She had been there for a few weeks watching and servicing the boat. For the next week before the start of the race, we did maintenance and equipment work for our trip. I was surprised how much more than several weeks of sailing require preparation. Oh, the amount of food we loaded onto the boat. The fruit was washed and dried. Labels were removed from the canned jars and the names of the contents were written in marker on the lid of the jar. Why were the labels removed? Because small insects and other common furniture beetles would not thrive inside the labels and would reproduce in the warm and humid environment of the boat. Labels or other paper or plastic wrappers were removed from as many foods as possible.

We checked everything we could from the engine to the deck of the boat and the riders and mast lights on the mast. We confirmed and blocked places that could start leaking in rough weather. The skipper went through the technicalities of the boat, the safety of sailing, and the rules of cooperation with us.

The female ensemble was divided into three watch groups. The watch teams changed every week. The exchange of persons proved to be very effective, as in this way we got to know each other better and also learned from each other both about sailing and a little bit about other life. Throughout the trip, the officers acted on their own watch.

In practice, when we were at sea, the watch shifts work day and night so that a couple on duty steered the boat for four hours during the day and three hours at night. After driving, the couple went to bed for a few hours. During the day, a stand-by couple helped with the deck, did the boat cleaning, and cooked the food. We moved from readiness to the deck for a driving shift. The third watch was rested and the recommendation was that the rest shift is utilized by sleeping. From the officers, the skipper and co-pilot were on deck. The officers monitored weather conditions, boat behavior, and technology and made decisions about the route and sail regulation in five-hour shifts. At night, there were only driving shifts and sleeping. The dog shift was called the 2-5 a.m. drive in the early hours of the morning.

Since we also sailed for a cleaner sea, we assembled all the cardboard, plastic, and metal rubbish accumulated on the boat in their own containers and took them to the collection bins reserved for them at the next port.

Interestingly, in repetitive routines, fatigue was not the most challenging thing for me. External conditions, the wind and weather conditions in general, became challenging. At some points in the Atlantic, the ever-changing weather also caused a headache for our experienced officers, as the weather changed faster than the weather forecasts could be interpreted. In addition to the weather, the melting of the refrigerator before Bermuda due to the failure of the batteries brought us an extra challenge.

I was very happy and perhaps surprised at how our team went through the wind and blizzards, lightning, rain, and high winds. A resilient, goal-oriented team that, if necessary, was flexible from its own comfort for the benefit of the team. There was also flexibility in the fact that in the gusty wind of constant navel, we dared to express our insecurities and fears. Fear was one emotion we had to deal with. The questions that run through the mind are whether the mast, and the sails will last, whether I could steer on waves in a different direction and which, day by day wind, just grew in the wind, the waves were the size of a summerhouse. Conversations with the skipper and some team members helped lower my own fear factor. Similarly, silenced prayers for both our team and the boats competing with our team helped.

I was very pleased with how our skipper was able to adjust the choice of route and sailing maneuvres, taking into account the age, and condition of the boat, and overall atmosphere of the team. Surely, that was one of the reasons why there were very few “near misses” in sailing – situations, if at all. The officers made decisions in good time to reef the sails before the challenging weather ahead. Our co-pilot was a great interpreter of weather and clouds. Of course, moving around in a 40-knot wind on a boat and waving huge waves wasn’t always easy – I think we all got some bruises on different parts of the body because from time to time it was really challenging to move, dress or cook without crashing or crashing as the boat was thrown from side to side. I think we fell out of punk in the middle of dreams sometimes.

In summary, the keys to successful sailing, leadership, and team members could be summed up in the following thoughts:

• You have a desire to get to know yourself better. You want to improve and you are ready to work for it.

• You are able to appreciate every member of the team and express your appreciation in your speech, actions, and gesture language

• You genuinely want to get to know your team members and want to learn something from everyone. It’s worth a try. You are going to be positively surprised.

• Share your own expertise and are ready to do “not so interesting” tasks for a common goal.

• Bring out your views and ideas and contribute, for example, to ensuring that the team has sufficient different and complementary skills in terms of goals. The skills needed for sailing include interpretation of weather conditions, sailing control, navigation, and driving skills, understanding of technology, but also other general practical expertise such as cooking, minor repairs, or even swimming skills.

• Remember – the mental strength and resilience of the team and its members are almost as important as sailing skills, especially in demanding conditions.

• Encourage the team. Especially in demanding conditions, encouragement is important.

• As a manager, it is important that you are leading and paying attention to everyone – as a leader, you must not have “favorites” or “disgusts”.

• As a leader, you can see the strengths of individuals and the importance of strengths in achieving their goals.

• Officers or management must rely on each other and those to be managed.

What do you think of the previous paragraphs? Don’t you think things look familiar to you when you think about working life? The same laws usually apply to all organizations, be they small, large, private, or public. Isn’t that right?

Facts of the sailing:

You can find out more about which cookies we are using or switch them off in settings.

This website uses cookies so that we can provide you with the best user experience possible. Cookie information is stored in your browser and performs functions such as recognising you when you return to our website and helping our team to understand which sections of the website you find most interesting and useful.

Strictly Necessary Cookie should be enabled at all times so that we can save your preferences for cookie settings.

This website uses Google Analytics to collect anonymous information such as the number of visitors to the site, and the most popular pages.

Please enable Strictly Necessary Cookies first so that we can save your preferences!